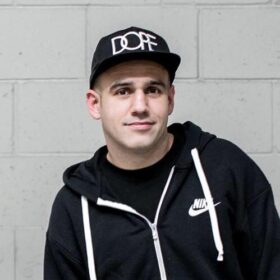 Known by his colleagues as one of the hardest working DJs in the game and frequently billed by clubs as a “crowd favorite,” Digital Dave spins at over 300 performances annually at nightclubs & radio stations across the U.S. in addition to high end corporate & private events. Some highlights of Dave’s nightclub resume include Infusion (San Francisco), The Living Room (Minneapolis), Capitale (D.C) & Dusk (Atlantic City) where he performed at rocker Pete Wentz of Fall Out Boy’s birthday party. Dave’s radio resume includes dropping sets on the Jump Off Mix on LA’s Power 106 & on Shade 45’s Sway In The Morning and his corporate client list includes private events for American Eagle (Corporate) & The Pittsburgh Steelers as well as appearances as the official in game DJ for Pitt Panthers Basketball & Football. Digital Dave’s edits and remixes as featured on Club Killers have gained worldwide notoriety and have been supported by the likes of Diplo & Funkmaster Flex.