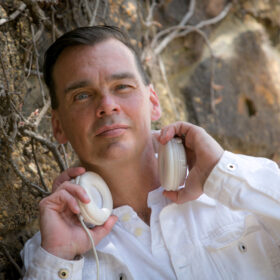 Mike Walter is the proud owner of Elite Entertainment, a Multi-System DJ Company in New Jersey that was recently selected by TheKnot.com and WeddingWire.com as a top Entertainment company in the country. What Mike is most proud of is that his own company exemplifies the message he has been preaching to the DJ Industry for years: There IS a way to combine Quality and Quantity.

Mikeâ€™s DJing career began in his hometown of Queens, New York in 1984. He is a graduate of the Connecticut School of Broadcasting and has a communications degree from Union County College. Mike worked with Star DJs from 1988 to 1993 where he helped to develop a staff of over 50 by training new recruits and handling an increasingly complex schedule. In early 1993, Mike became a partner in a much smaller Mobile DJ company, Elite Entertainment. He quickly had an impact on the Elite staff, imposing his high standards of MCing and DJing. Mike bought out his partner in 1998 and Elite Entertainment has continued its growth (20 MCs and 1000+ annual events) and sets the standard for excellence in New Jersey.

Mike has always believed in training talent from within and he spreads his message by speaking at DJ Expos and writing for many of the nationwide DJ publications.